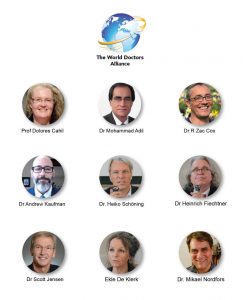 The virus was manipulated